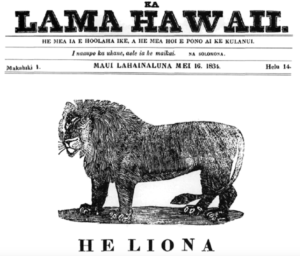 It's revealed that a major hurricane hit the Big Island and Maui in 1871. Storms of the past are being studied through translating old Hawaiian newspapers. Two professors at UH one specializing in Hawaiian language and another in Ocean and Earth Science are teaming up to translate the largest native-language cache in the Western Hemisphere to preserve the language and find geophysical stories to better understands the weather patterns of today.